StereoData Maker and other method to build a twin camera rig

For a long time, the only way I had to shot 3D pictures was cha-cha. I had a good film reflex camera and shot most of my stereo-pairs this way. I was lazy to carry 3D slidebar and also the tripod to allow me shooting well aligned pairs. But the worse of this heavy gear is the complete incapacity to shoot moving subjects. So I was watching at 3D photos of Internet dreaming about having gear so I ould shot whatever subject. The rig composed of a “Lanc Shepherd” remote and two compatible Sony cameras worse more than 1000€

Mid-2007, in english spoken Internet forums, reference to 3 letters began to appear: SDM and from that moment everything changed. Initially, it is a project of russian and ukrainian programers (hacker as bad people called them) who succeeded in dumping and modifying firmware of Canon compact cameras. The modified firmware is called CHDK (Canon Hack Development Kit) and gives to cameras features they don't have when leaving assembly plants such as: shutter speed of 1/10 000s or RAW support on a simple IXUS.

SDM took CHDK and with idea of Masuji Suto (the author of StereoPhoto Maker) and David Sykes is to use the scripting capacity to write scripts (simple programs) for the camera (More details on program's Web page. The simple program interesting for us is able to check USB port, detect an electric tension and shoot the camera on the moment. If you connect a simple battery to more than one camera at a time, the same script can run on cameras and release the shutter at the same time, synchronization being better than 1/1000s. It seems contradictory: Cameras are not connected between them, there is no possibility to measure the synchronization value… Nevertheless, synchronization is always very good. By the way, a very important detail is that StereoData Maker is completely free and does not modify the camera at all. Program is installed on a memory card and is deleted when you format the card.

I have a pair of PowerShot A720IS since summer 2008, those affordable cameras working with regular AA batteries, using SD cards and of course having SDM installed. As I don't have a good workshop, I joined them with a “Z-Bar” I bough to Werner Bloos. I also bough the remote to Werner. Total price of the configuration was low and if we consider I still use it after 4 years with an always improving result, it was really great inversion.

You can have a look at the anaglyphs and stereo pairsI shot with that great gear on flickr.

Advantages and disadvantages of SDM (according to user forums on Internet)

+ SDM is the better way for general stereoscopy.
- Some still prefer a pair of Sony with Lanc (there is no more one of those cameras in production and you need a $500 remote).
+ SDM is free and can be used with $100 cameras with a $20 remote.
+ SDM remote with external flash triggering feature had been created.
+ SDM synchronization is always better than 1/1000s between cameras.
- Canon supported cameras are compact cameras, so not giving the best image quality (but you can use high end compact cameras).
+ Synchronization is only under control of SDM whereas with Lanc and Sony you can only measure synchronization between cameras.
- SDM do not allows easy control of zoom as cameras with Lanc do. 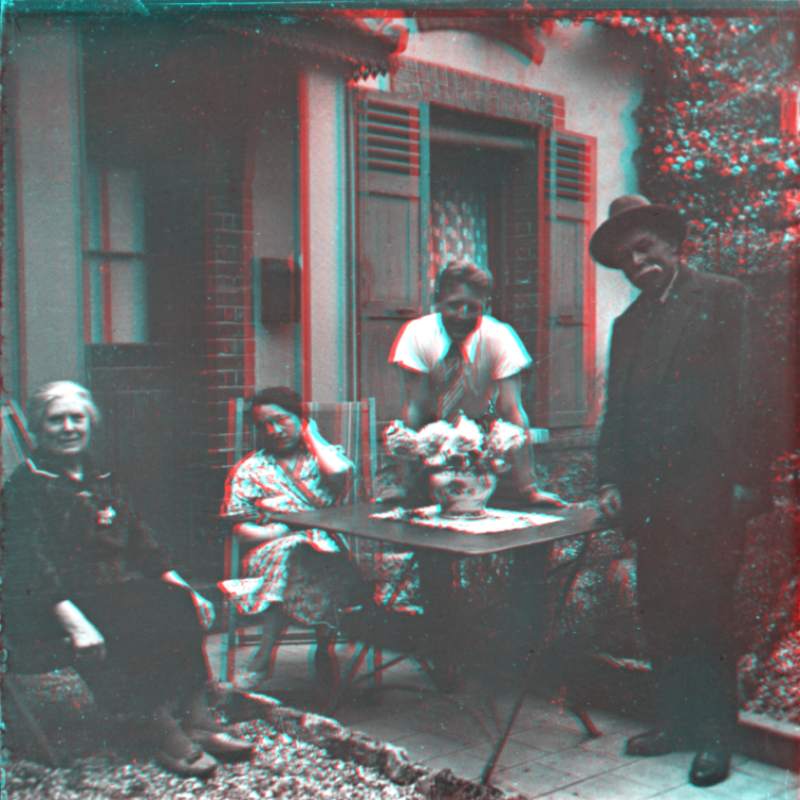 Family series: My Grandfather, his Mother and his Grandparents.